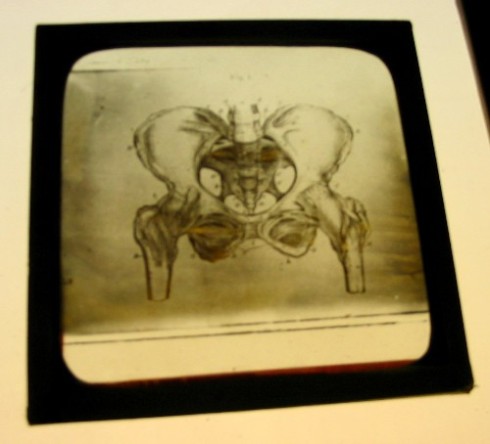 In one post I spoke about a patient with an “SI joint up-slip” that could be manipulated. I got comments in response – inevitably looking for the evidence – what references I had to support my contention. Well, I don’t have any references. I’m not aware of a single article in the physical therapy or medical literature that talks about the sacroiliac joint up-slip and the successful resolution through manipulation. But I do have evidence – clinical evidence from 20 years of working with patients, and in particular, having dealt with this patient at least 10 to 15 times over that career. Suffice to say if you see something repeat 10 to 15 times, at what point does it become more or less reliable to focus on that pattern when it presents itself in the clinic?

So let’s look at the sacroiliac “up-slip”. A typical patient for me was a 30-50-year old. Males and females seem to be about evenly afflicted. Typically I saw these patients in the mid-west during the winter months after a fall; people have the same experiences – landing forcefully onto an ischial tuberosity. The second mechanism is with a relatively violent rotation maneuver and the one I’ve seen most commonly is when patients bend down to pick something heavy up off the floor, typically by reaching slightly across their bodies, and then lifting the heavy object up and there’s a sudden, sharp pain associated with a pretty significant inability to move.

Let’s focus on the acute case because that’s the majority of the ones I’ve seen. There is localized pain over the sacroiliac joint region, sometimes referring into the buttock. There is difficulty with flexion and extension, difficulty standing. There is difficulty sitting, and the pain is continuous. There is rarely any radicular pain, and given that we know that radicular pain can only result from pressure, traction, or infection of a previously damaged nerve root, this would make sense. If the sacroiliac joint is involved, it’s unlikely that there would be any nerve root issues. We don’t tend to see any referral of pain into the posterior thigh or the leg. This area of pain is consistent with Fortin’s work from the 1990’s.

Objectively, flexion and extension are restricted ad there are distinct changes with side flexion. Side flexion towards the affected side tends to be painful and restricted. However, side flexion away from the affected side usually ends up relatively pain free and unrestricted. Pain provocation tests will often be positive. I use the sacroiliac distraction test and the sacroiliac compression test and then a posterior thigh thrust maneuver, all of which tend to be painful in “up-slip” syndromes. Range of motion at the hip is usually relatively free and clear – there may be some restriction of flexion and abduction at end range. This is an important area to clear though because this is where you’ll pick up the fractures in the pelvic region. You’ll have a sign of the buttock which simply means that a positive straight leg raise will be unmitigated by the bending of the knee. When this sign is absent, there usually isn’t any problem with fracture, but it doesn’t rule out the SI joint.

Most times I’ll perform a basic neurological examination to assess for any concomitant radiculopathy. Unless there are obvious signs to the contrary, screening the L4/5 and S1 segments is usually enough. Sensory dysfunction is much more common and can be ruled with light touch testing. Mono-filament testing is fairly objective and there is normative standards for most people that we can compare against to see if there’s any sensory loss. The SI joint itself – you really can’t beat long access traction in supine. In the SI joint system this will have a very, hard, bony block end feel when compared to the other side.

Now it’s difficult to talk about end feels, but I like to use a TheraBand system to explain it all. When you traction through the lower extremity in the normal patient, it should feel like you’re pulling on black TheraBand – there’ll be a sense of resistance and a sense that there actually is some coming away of the soft tissues on that side. In the event where we have an ‘up-slip’ of the sacroiliac joint it will feel like tripled over gold TheraBand. There just is no movement at all. It may or may not be associated with pain. But more often than not, extending that traction through the long access of the lower extremity actually tends to relieve the pain. And this is always a really good indicator that we’ve got a mechanical dysfunction of some kind that will probably respond well to manipulation.

For me, this is enough. I know the mechanism of injury. I’m comfortable that we have a fairly simple mechanical dysfunction to do with the sacroiliac joint. So at this point, before we move to treatment, we have to talk about what we know. What do we absolutely know about the sacroiliac joint up-slip? Well, we know pretty much nothing. We know the history. We know that when someone lands on their ischial tuberosity it’s going to exert significant central axial force straight upwards. We know what the range of motion pattern will be like. We know what the pain pattern will be like. And we know that when we look at this patient we can see the entire side of that pelvis appears to be elevated. So we know that this syndrome exists, but we don’t actually know what it is.

So let’s for the moment dispense with the notion that this joint can actually be subluxed. Let’s look at some plausible alternatives. One alternative may simply be that the shock to the system with the trauma has affected a neuronal response in the sacroiliac joint that’s caused some of the muscles around the joint to contract in an effort to protect the joint. The latissimus dorsi and quadratus lumborum and the thoracolumbar fascia are all systems with contractile tissue that, if they were so inclined, could create the appearance of a lift on that side, compress the joint and result in the pain patterns and movement patterns that we’ve described.

At any rate, at this point, we have a trauma. We have a set of symptoms. We have a presentation. We have an examination. And we have some results. We have two plausible mechanisms, I’d say one more plausible than the other, for why the patient may have the symptoms they have. So, we’re now we’re faced with the idea of having to do something. We can’t just stick our heads in the sand for a lack of literature to guide us…

Treatment is what we’ll talk about in the next post.

What do you think? Have you seen this kind of patient before? What other findings have you seen? What other differential diagnosis would you be careful to rule out before you moved forward? What else could I have added into my evaluation? And most of all what are you thoughts on what’s happening here? How do we explain this presentation? What do we do with it? How do we classify it? Do CPR’s play a role here? And most of all – how do we move forward? The answer to that – from my perspective – will come in the next post.

3 thoughts on “The SI Joint Upslip…”