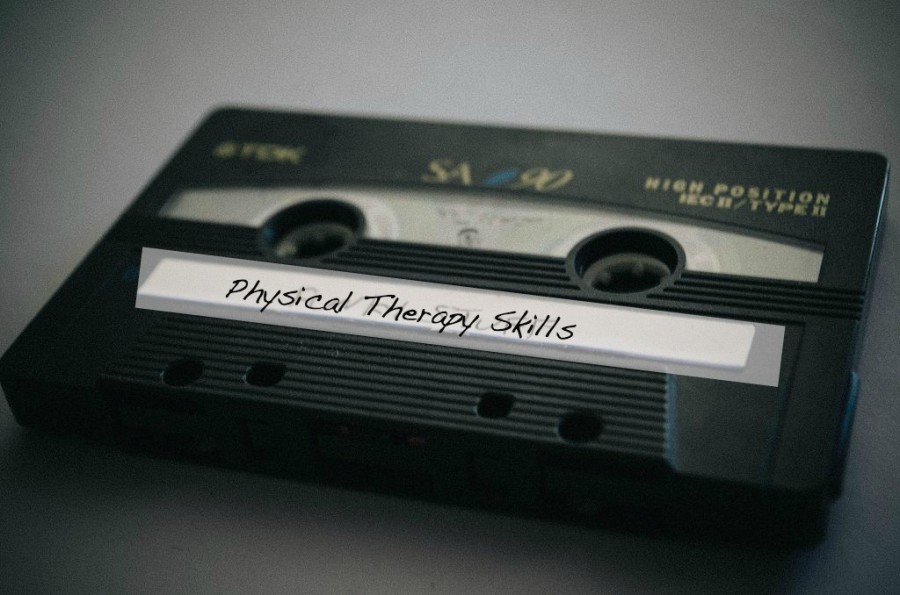 Today’s post is dedicated the mix tape. For those of you who remember, the mix tape was the perfect combination of songs to convey to someone how you felt teenager, 1980s). They were difficult to make, imperfect, but in the end, satisfying.

Therapy can be like a mix tape.  Each day we bring our best combination of skills to our patients with the goal to change their lives in a positive way through motivation and movement.

One of the skills utilized in therapy are taping techniques. They are an important adjunct
to physical therapy, increasing a patient’s confidence with movement and providing important input to the somatosensory system. It is, like Jenny McConnell would say, “training wheels on a bike.” 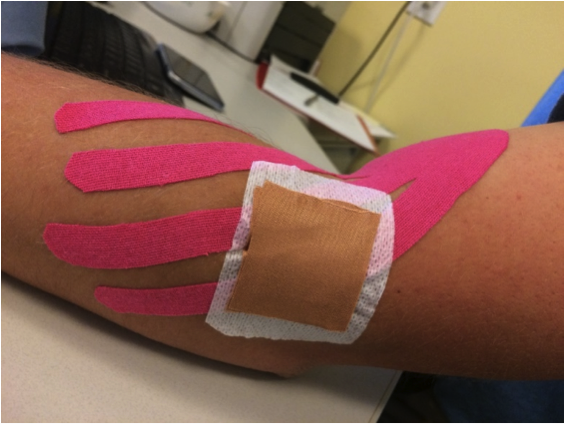 There is an intimate connection between the cutaneous system and the movement. In embryological development, motor neurons arise first, then interneurons and lastly afferent ingrowth. So, in effect, motor neurons influence the development of sensory afferents (Levinsson, Holmberg, Broman, Zhang, & Schouenborg, 2002).

An extension of this, is a theory that Morrissey proposes that taping may be effective due to an augmentation of cutaneous input. Proprioception is only achieved through input from muscular, articular, cutaneous, vestibular and motor programs, processed via the CNS somatosensory centers resulting in static position sense, a sense of force, spatial orientation and dynamic position sense. Basically, by increasing cutaneous input through the receptors, awareness and motor response will be heightened (or, as stated above, training wheels on a bike).

Pain is in the Brain

As mentioned in previous posts, inflammation is healing. But, inflamed tissue does not respond well to stretching (McConnell, 2000). So, via shortening the tissue through taping, the pain response does not perpetuate and is therefore diminished. Once unloaded, the tissue does not bombard the brain with abnormal afferent input and healing can proceed. Or, more importantly movements can be performed without aberrant afferent input.

We Are Prone Clinical Reasoning Errors During a Busy Clinic Day

The early theories of taping for the patellofemoral joint was that it altered patellar positioning. It is well established that the patella tracks laterally, and this tracking can increase pressure on the superior lateral pole of the patella generating a pain response. Subsequent research has refuted this theory. But, at the same time, clinically, if you tape a patient’s knee and perform a step test, pain is decreased. Jenny McConnell will be the first to admit that patellar position doesn’t change, by a “myocutaneous reflex” is activated, improving motor patterning (see above).  Recently, there also has been evidence demonstrating different individual muscular responses (increasing length and peak force) to Kinesio tape (Lumbroso, Ziv, Vered, & Kalichman, 2014). The debate was fascinating and one of the early shots over the bow with evidence tried to remove this very effective technique. Absence of evidence is not evidence of absence. (Di Fabio, 1999), and if you can use a tool to improve a patient’s willingness to move (placebo or not) why not utilize it?

Treat the Patient and You Win

I had the honor of taking several classes from Jenny McConnell. She is an amazing therapist, thoughtful in her application of therapy, and a clinician first and foremost. She puts the patient at the center of her treatment approach. She is adamant that when tape is applied an “asterisk sign” is essential. Meaning, when tape is applied there has to be a particular movement to test, and the retest with tape has to decrease pain (typically by 50%).

This creates a collaborative environment creating the best motor program for the patient. So, although known for taping, Jenny McConnell is an excellent motor control specialist, patient centered and focused on advancing and elevating phyisotherapy to the highest levels.

If you have not used taping techniques, or you have a bias that it is not effective, go to Jenny’s site, it is full of information.

All of the above said, NAIOMT is an eclectic system, constantly seeking out the best combination of techniques to elevate clinical practice and improve outcomes. Taping is just one of the many strategies used to complement musculoskeletal management of patients. NAIOMT is the ultimate physiotherapy mix tape! If you have not experienced a class, please check us out! 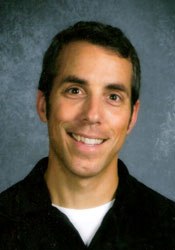